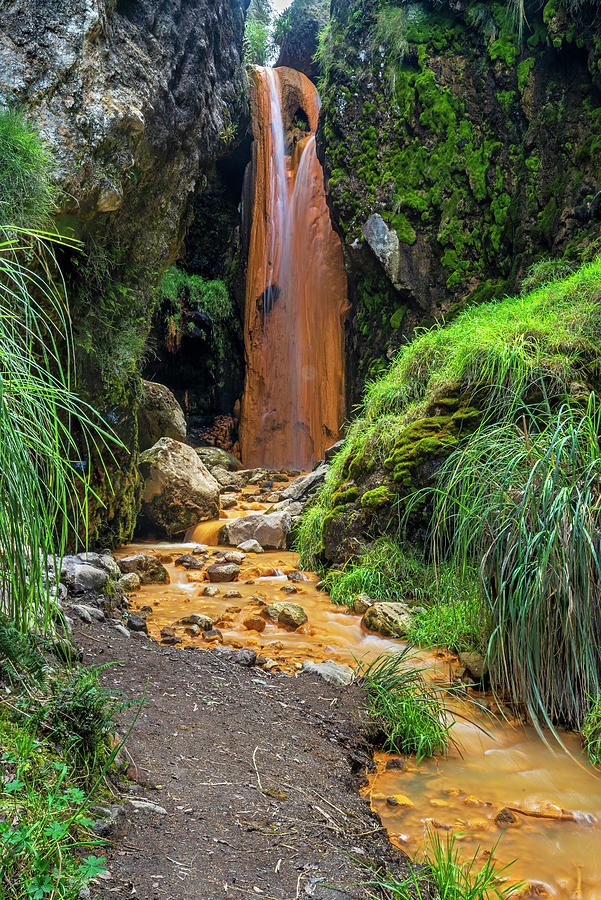 The "golden waterfall" is located at 4026m in the foothills of the volcano Illinizas Sur.
They call it also the red waterfall because the rocks have turned red - orange due to the presence a large amount of volcanic minerals such as sulfur and iron, which cause the stones to change color to an intense orange, although the water remains transparent and does not smell of any mineral.
It's official name is Cunuyacu and comes from two Quechua words yacu = water, cunu = rabbits, it was named in this way due to the large presence of paramo rabbits that inhabit the surroundings of the attraction. The older and local name was "cascada del Duende", the Elf waterfall.
This 12 meter high waterfall impresses and captivates. Captivated by that attractive golden tone, which enters the eyes as if it were a jewel of the purest gold. Tone that becomes sublime when the flushed sunset suns light it up like a cosmic campfire. It is impressive for the golden bottom of its bed, which has been chiseled millions and millions of years ago by the sulfurous and ferrous water that "escapes" from the natural hot springs above.