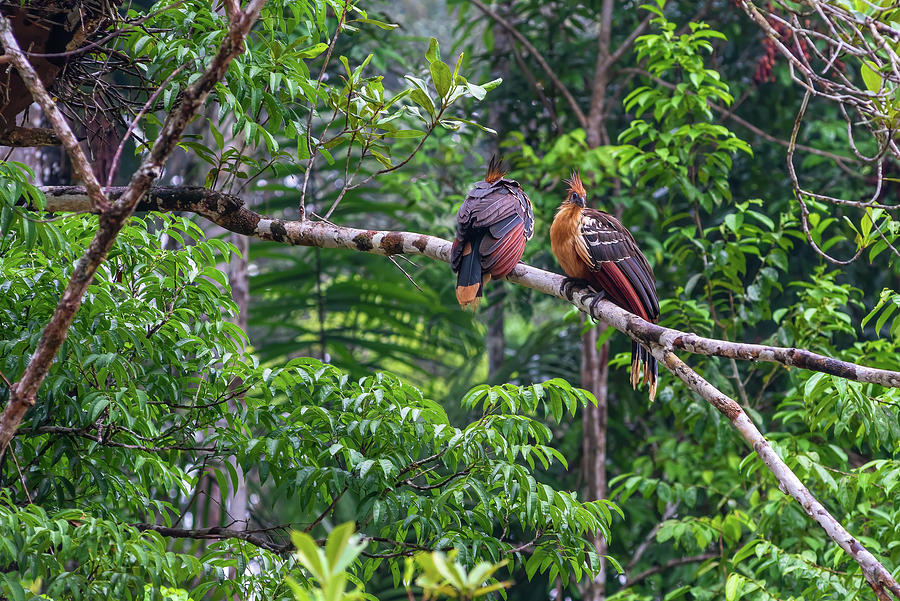 Hoatzins split from other bird groups a very long time ago, though precisely how and when remains unclear. The species has been seen as living evidence of the transition between reptiles and birds – the wing claws of young hoatzins are frequently cited as proof of ancient ancestry. But the trait probably evolved separately in hoatzins, rather than being inherited directly from Archaeopteryx and other early birds. They are the only birds known to possess a foregut fermentation system that ferments vegetation as a cow does, which enables it to eat leaves and buds exclusively.