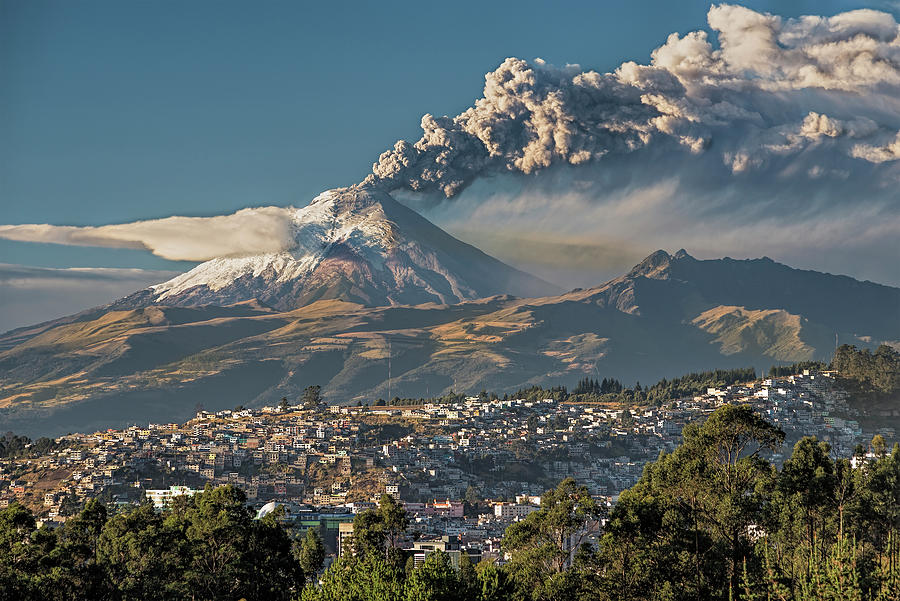 Cotopaxi volcano 2015 eruption expulsing great quantities of ashes and big parts of his glacier have melt. The second highest active volcano in the world (5897m / 19347ft) is located only 45km southeast of Quito, the capital of Ecuador. It entered in 2015 in a pre-eruptive process.
Historically its activity started in 1534 when the Spanish conquistadors began to venture into the territories that are now Ecuador. After this episode, Cotopaxi has erupted several times, destroying its environment. The biggest and most devastating eruption occurred in 1877. The lahars produced by melting glaciers went down fast with enough force to devastate cities and valleys and to continue to the Pacific Ocean, situated at 250 km.